Its Monday and a watery week in Malawi

It’s been quite a trying time here in Malawi as Cyclone Ana hit the Southern area of the country last week Monday leaving a trail of chaos and destruction in its path. There is water everywhere, with up to 600mm of rain falling on some nights.

While Pumulani (on Lake Malawi) has been unaffected, Kuthengo Camp (Liwonde National Park) and Mkulumadzi Lodge (Majete Wildlife Reserve) unfortunately are a different story. Both the latter are located along the Shire River which has burst its banks leaving a rather watery wonderland which we’re not used to seeing. Mkulumadzi Lodge has suffered the most in the wake of the storm and while we are currently unable to assess the full damage until the water recedes, we know that so far at least 5 out of the 8 chalets have sustained some damage as well as our swimming pool and main area. Kuthengo Camp got away unscathed, with just a few trees displaced and small damage to the boats.

Both properties had closed on the 7th of January for their annual maintenance and so we are grateful that there were no guests in camp and that our staff are all safe and sound. 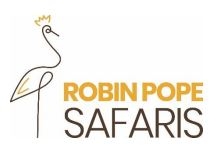